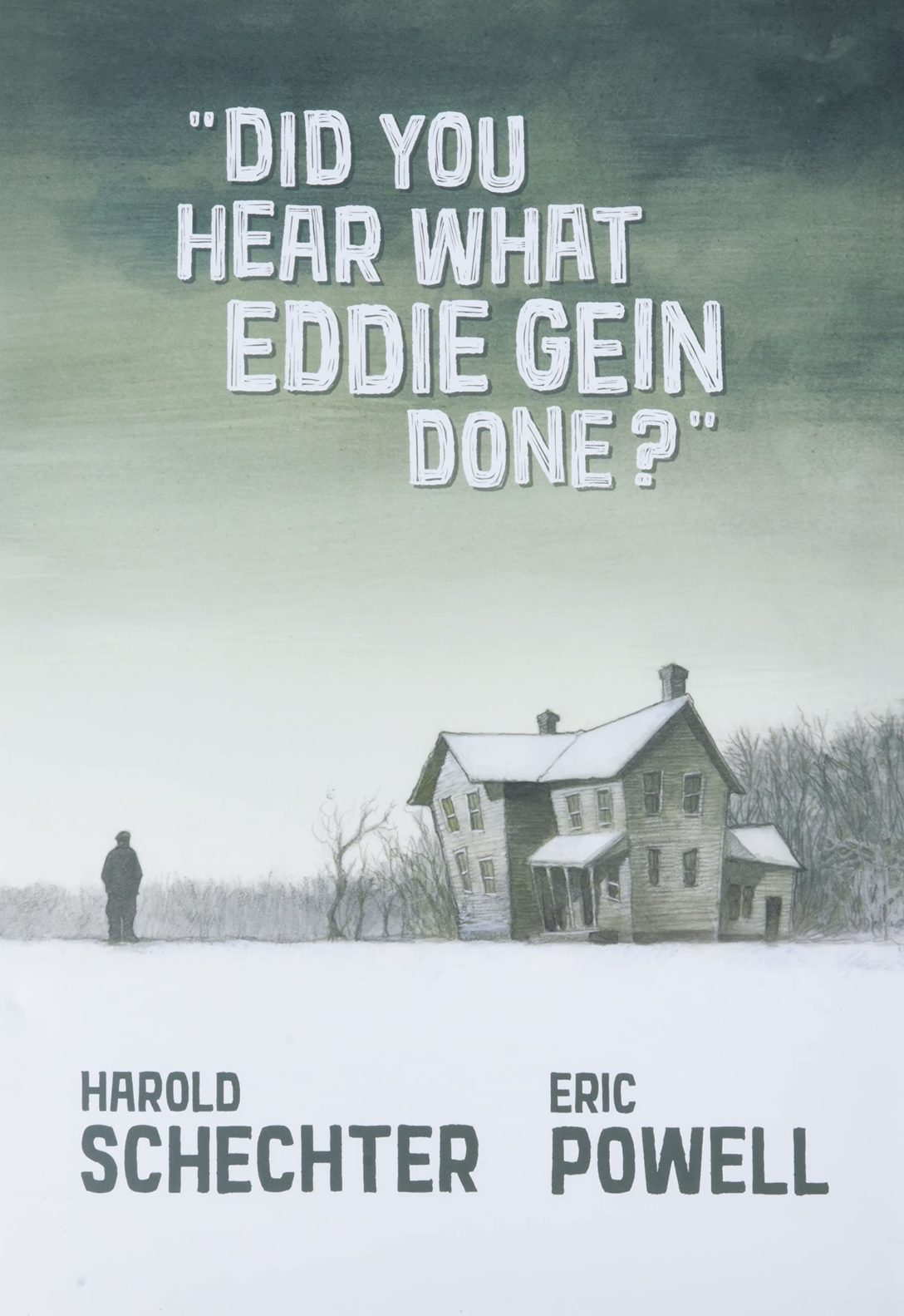 “Well-researched and non-exploitative, with illustrations in a drab grey, the book traces Gein’s life from growing up with an alcoholic father and verbally abusive mother, carving out a hermit-like existence as an adult except for handyman jobs, and all the while moving forward in his psychosis, driven by an unwavering devotion to his mother.” – Karen, Adult & Teen Services

A true crime graphic novel rendition of the necrophile serial killer Eddie Gein, who, in the 1950s, killed women and robbed graves to create household items. His life was the basis for films such as Psycho and Silence of the Lambs.